You can make changes or cancel up to 60 days before your trvael. If the new reservation exceeds the price, you will only have to pay the difference.

All our partners have implemented new safety and hygiene measures to adapt to current situation.

Our trips include medical insurance and assistance at destination 24/7

We guarantee the best prices on a selection of accommodations and services. 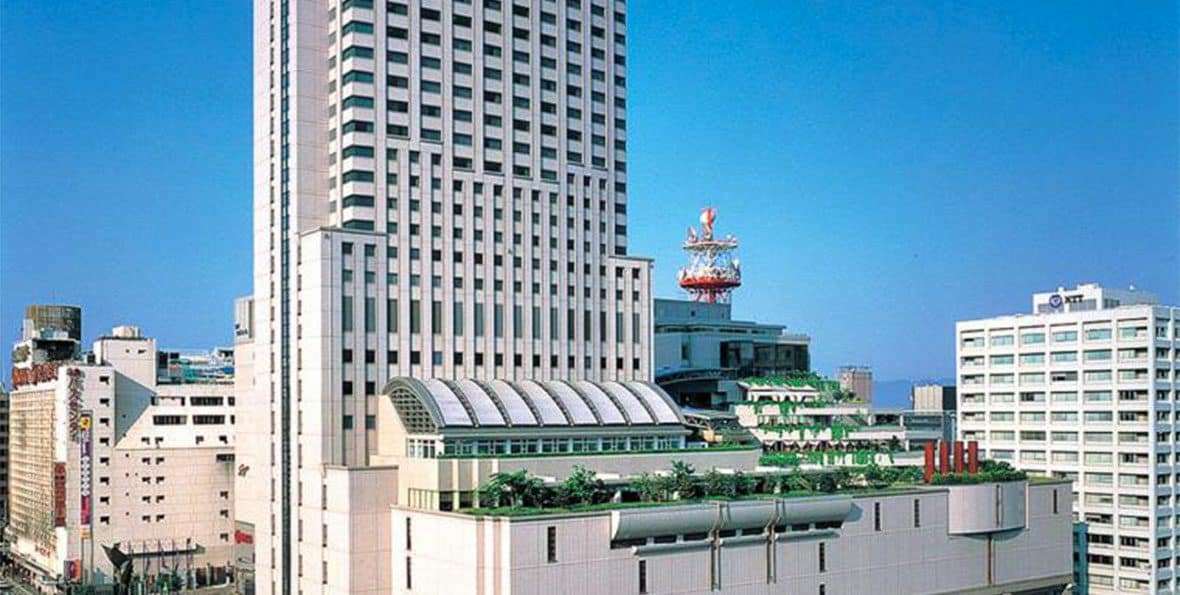 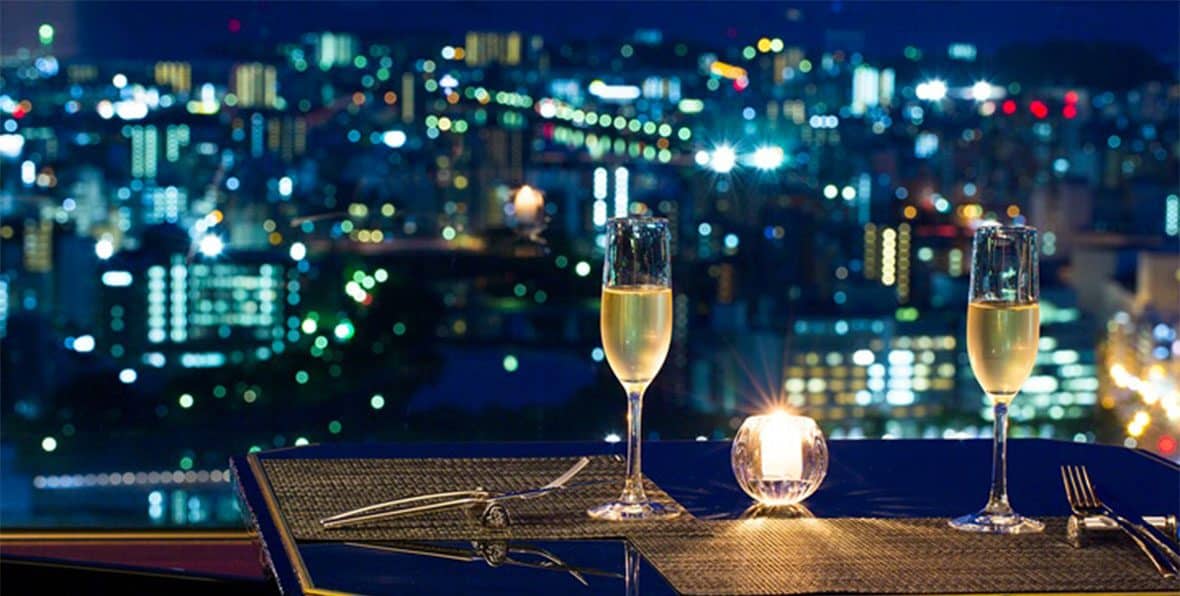 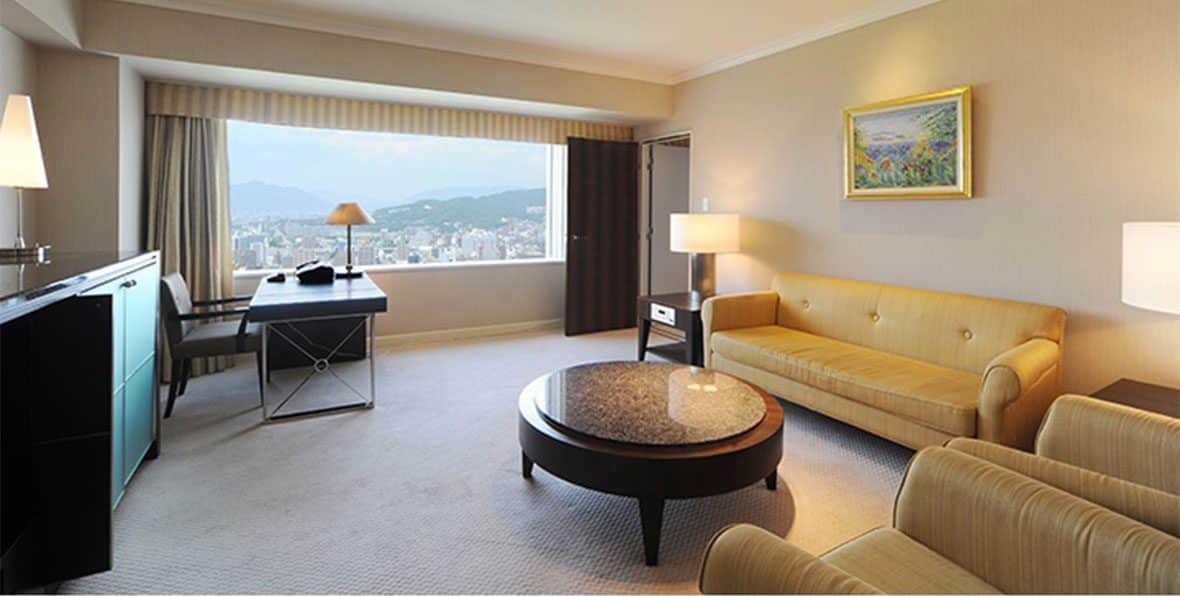 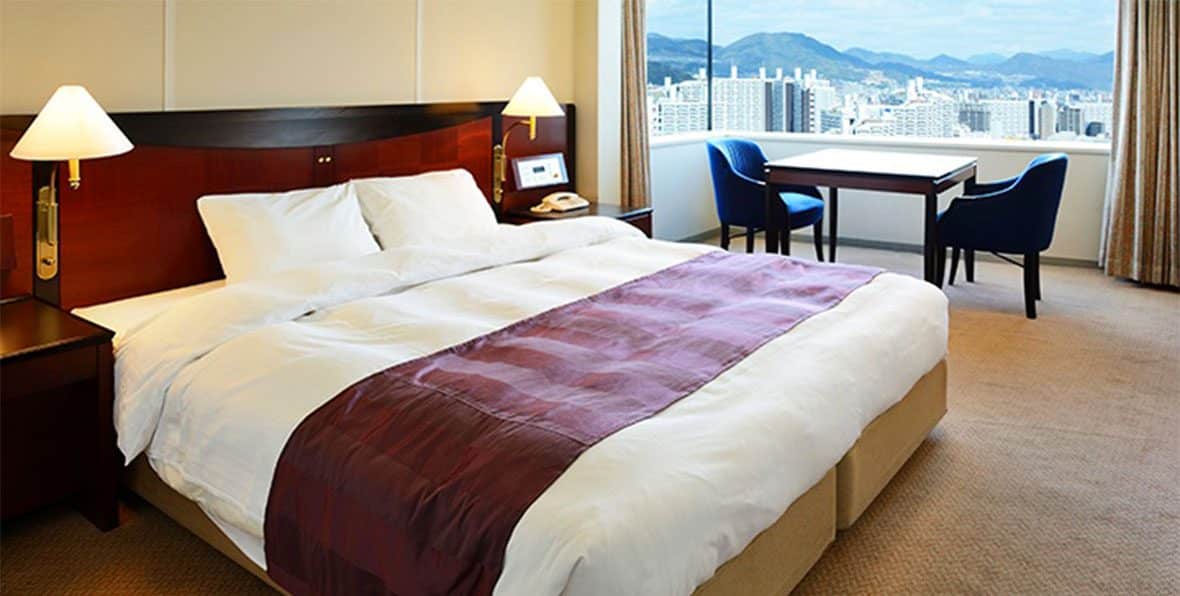 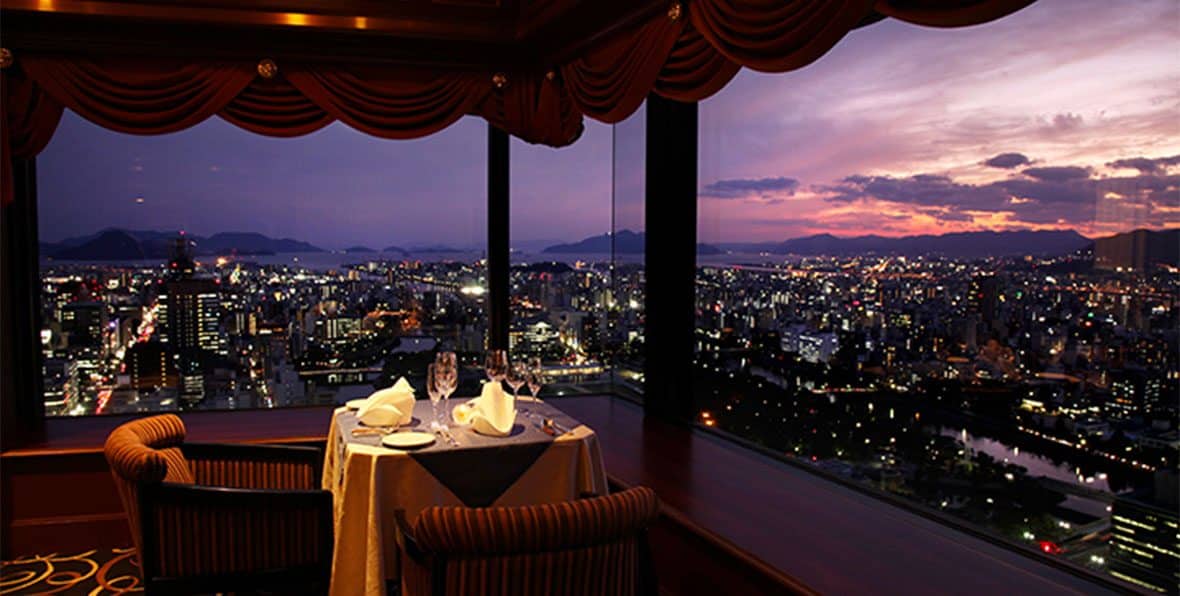 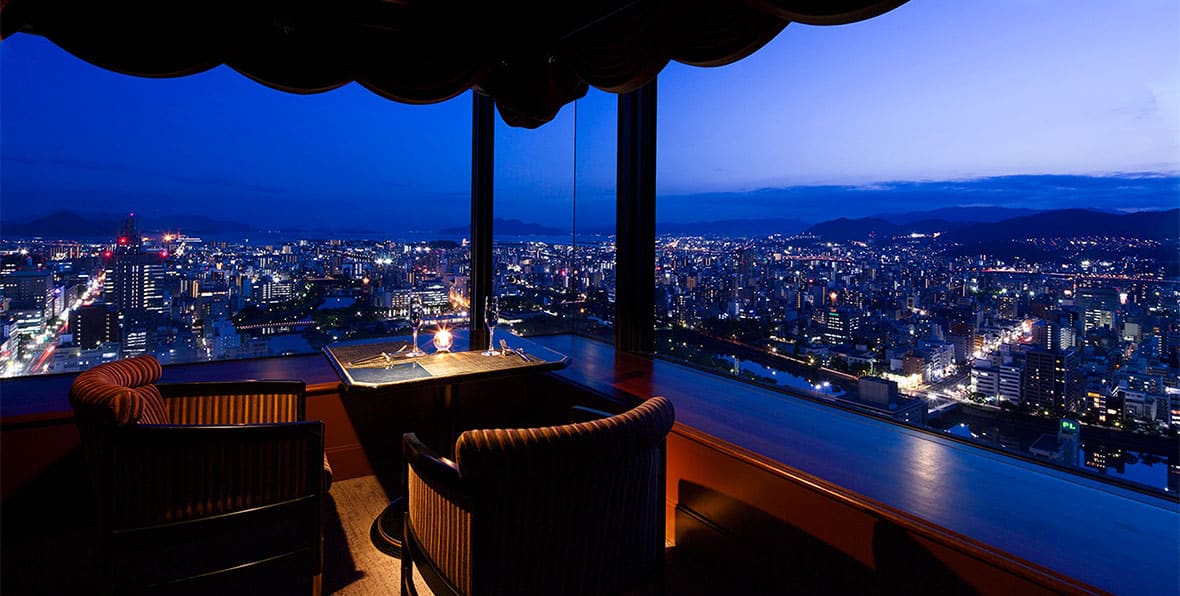 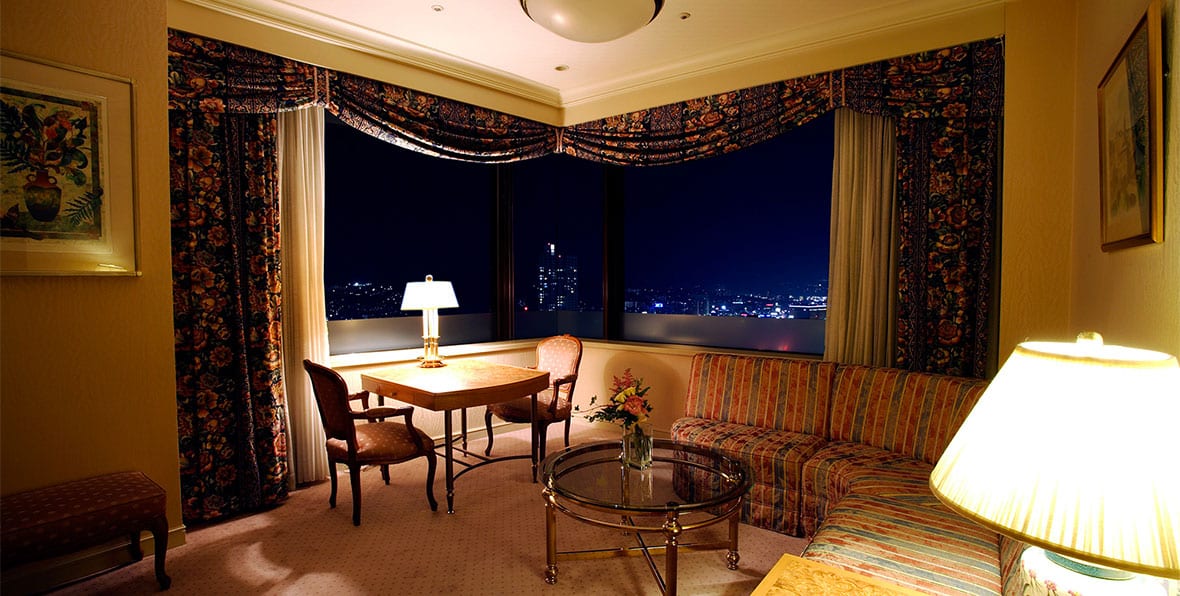 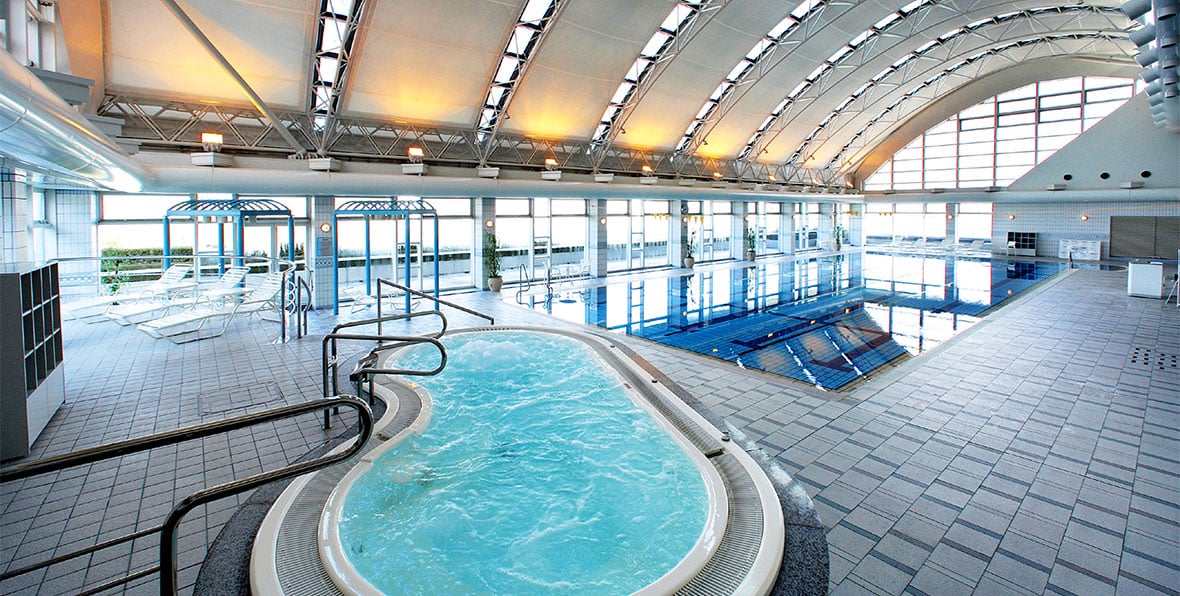 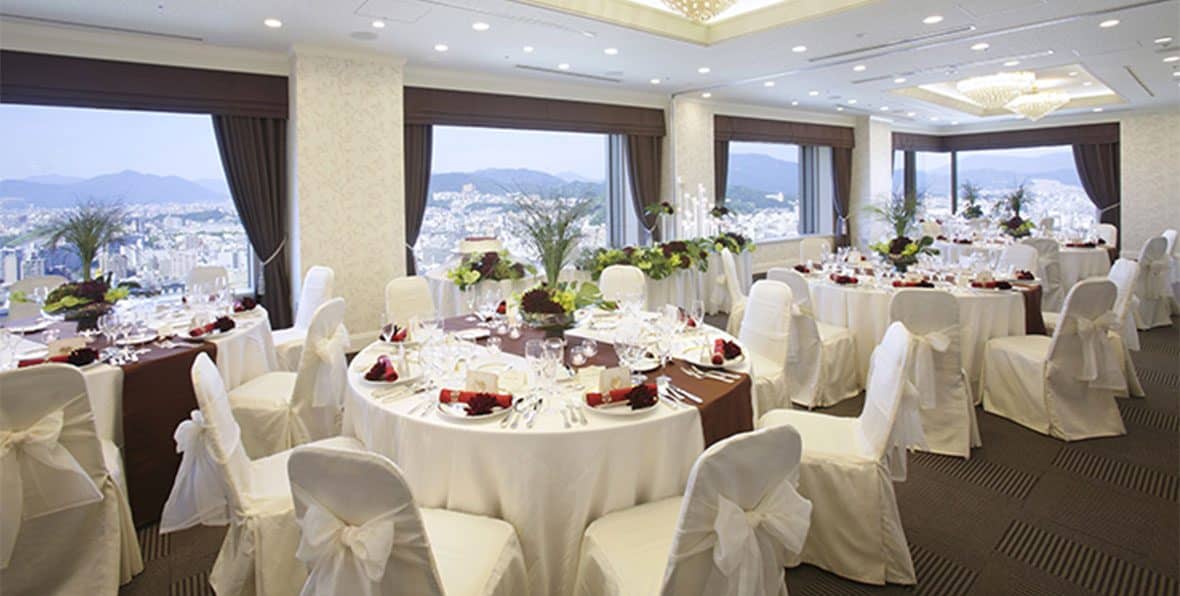 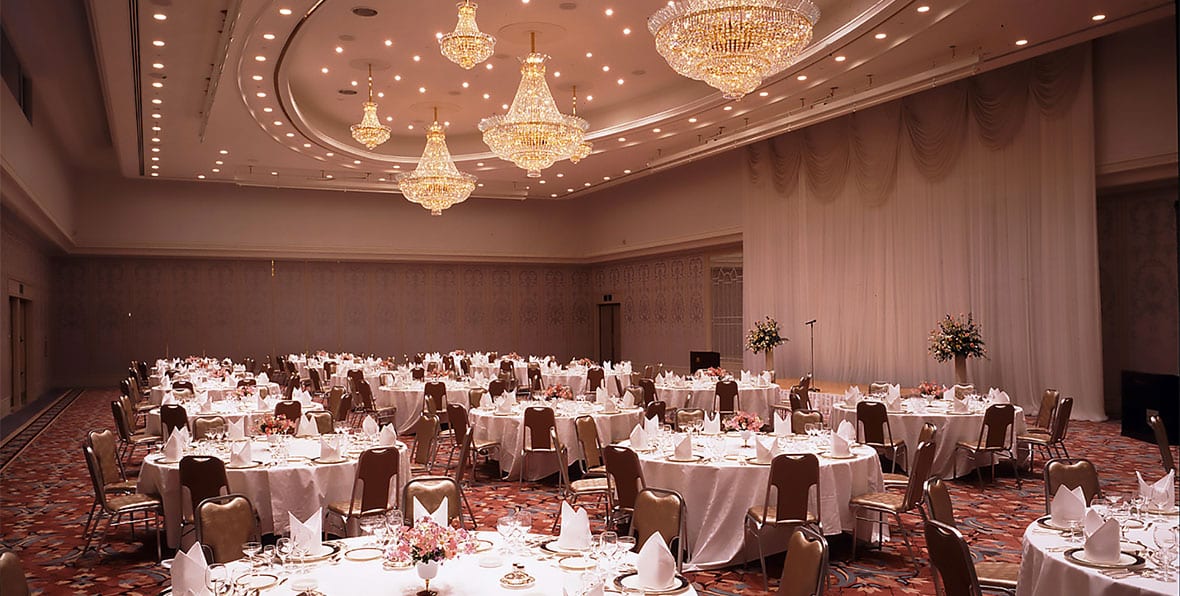 The Rihga Royal Hotel Hiroshima is located in the Hiroshima city downtown, known for its elegant atmosphere and his special treatment to the customer.

Located in the heart of the Hiroshima city, the hotel is close to the most important sights of the city: the Genbaku Dome (or atomic bomb dome), the Itsukushima Shrine, the Hiroshima Peace Memorial Park and the Hiroshima Castle.

All rooms at the Rihga Royal Hotel Hiroshima offer their guests a beautiful view of the Hiroshima city and, depending on the room, you can descry the Seto Sea or the Hiroshima Castle in the distance.
The rooms are finely decorated and have all the comforts: LCD TV, air conditioning, mini-bar, electric kettle and hairdryer.

The Rihga Royal Hotel Hiroshima has 4 restaurants: the Chambord Restaurant, the All Day Dining Luore, the Japanese Restaurant Naniwa and the Teppan-yaki Naniwa. And 3 bars: the Japanese-style Shusen Bar, the Rihga Top Sky Lounge and the Columba Bar.
In all of them you can taste typical dishes of Japanese, Chinese and Western food and a great variety of flavors to please even the most refined palates.

This beautiful hotel also has its Fitness & Spa area, with a swimming pool, a sauna and a gym, which are ideal to relax after the tours visits in a relaxed and quiet environment. 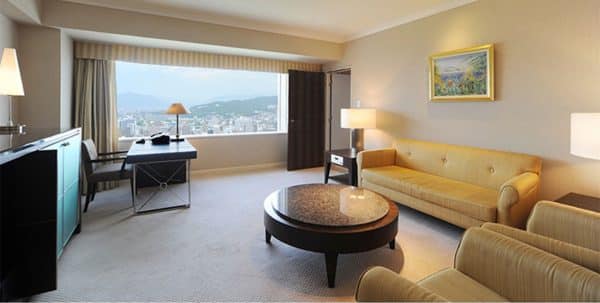 The Righa Royal Hotel Hiroshima Suite enjoys the best views of the city of Hiroshima. It is decorated with a classic and elegant design and have a spacious livi... 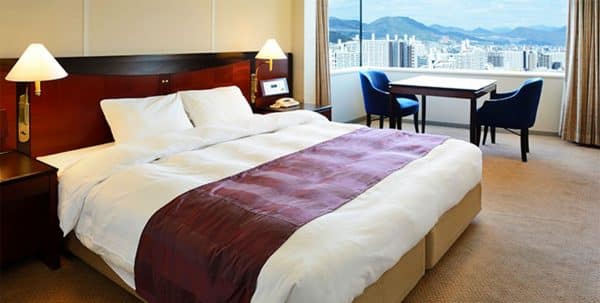 The Double rooms at the Rihga Royal Hotel Hiroshima feature a large double bed and a modern and elegant design. All rooms are equipped with LCD TV, air conditio... 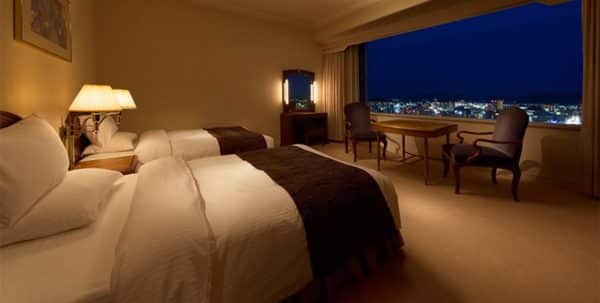 Dimension: 22 – 38 m2 Decorated in a classic and elegant style the Twin rooms have two separate beds and all the comforts such as LCD TV, air conditioning... 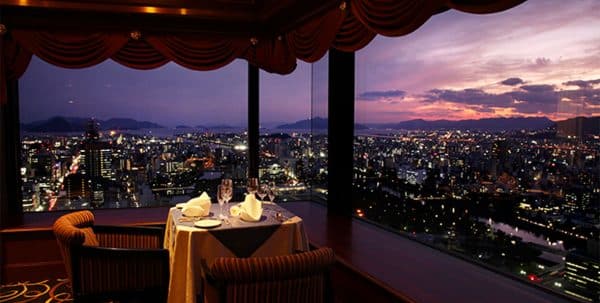 The Rhiga Top Sky Lounge is located on the top floor at the hotel from where you can admire the beautiful scenery offered by the city of Hiroshima. It is the id... 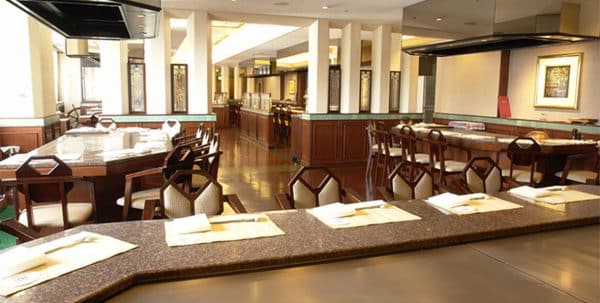 The Teppan-yaki Naniwa is one of the sixth-floor restaurants with live cooking where chefs show their splendid culinary skills in front of your eyes. It special... 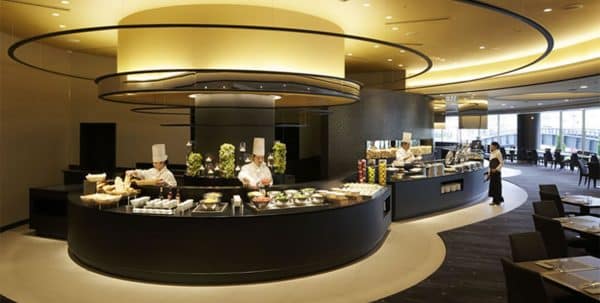 The All Day Dining Luore is the restaurant on the first floor at the hotel which opens all day (from 06:30 to 22:00) for breakfast, lunch and dinner. It special... 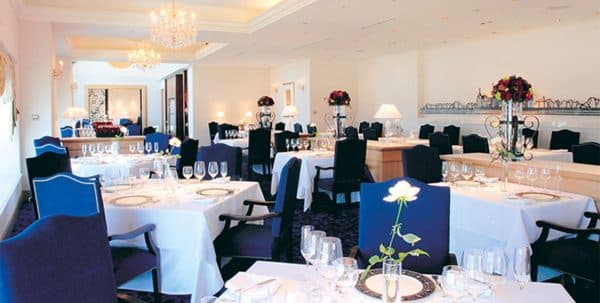 The Chambord is a nice restaurant located on the third floor at the hotel with beautiful views of the city and the Hiroshima Castle. It is decorated emulating t... 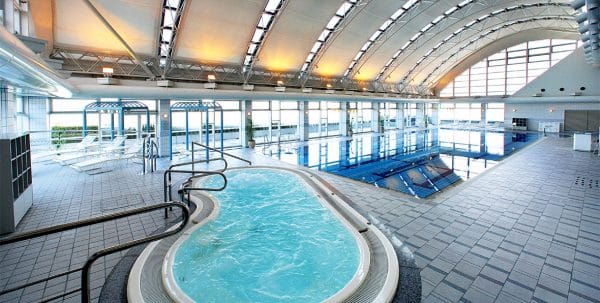 Other hotels in Japan 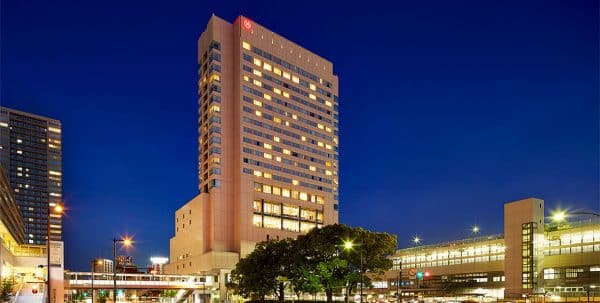 The Sheraton Grand Hiroshima Hotel enjoys a convenient location in the city, next to the JR Hiroshima Train Station, with direct access to the bullet train and ... 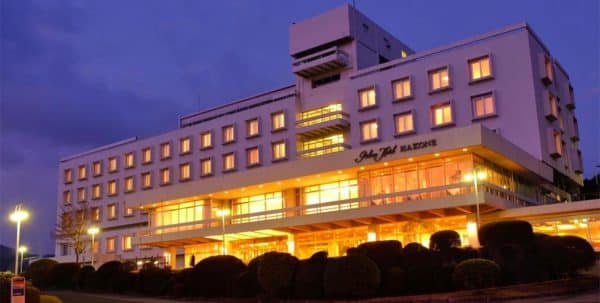